The Importance of Supporting new Arts

The Importance of Supporting new Arts

Today, I had the chance to watch the film “What’s the Time in Your World?“. It is an Iranian movie with a slightly different taste. I have a habit, after I watch a movie I always try to see what other people’s opinions are about that particular movie and I try to read what the cast have sed about the film. This helps me understand the movie better.

“What’s the Time in Your World?” is a love story. The story of a woman which has left her home country Iran for France years ago and a man who has loved her from their childhood on. The movie has been filmed in the the city of Rasht in the Gilan province of Iran but considering the french touch and the from france inspired music, it has succeeded in spreading the scent of Love in a unique and different way.

As I was reading through the comments and people’s opinions about the movie, I saw some positive but amazingly a lot of negative opinions. Feedbacks are great. They are exactly what directors, producers and all other members of the cast need in order to improve themselves for the future. Although many people say that negative feedback helps the world become a better place by helping creators know about their short comings, I believe regarding Arts, that should not be the case. It sounds undemocratic but I have got my reasons to say so.

As you know, the cinema and pretty much everything else where capital flows into, is seen as means of production. So film makers have to see a potential for making money in every screenplay. This can be good for the producers and the economy but I believe it is also something which is going to kill arts forever.

Art is about being creative. Art is more a creative production of the mind than a particular skill set. So in order to create art, film makers and musicians have to break their mind barriers and produce something new. These new ideas are not always loved by the public and are not something which consumers are going to buy in this crude shape. Therefore, being creative is not always rewarded in the way it should be.

The movie “What’s the Time in Your World?” directed by Safi Yazdanian is an example for this problem. Because it is new and different, people do not give enough attention to it. In todays world, “creative destruction” does bring us new and better products but since it is actually based on supply and demand, it cannot be helpful for art. It just makes it more and more POP and money based. That’s something I do not think should be happening.

As stated in my previous post about Racism being deep down in ourselves rather than the media, I think this problem can only be solved when we start from ourselves. If we think in a brighter way and start to encourage artists for their work although we do not like it, chances are that they become better each and every day.

I think we should support artists who are thinking differently. If they get rewarded for being different, they will come up with better ideas and their dreams will someday be something we will be truly enjoying. 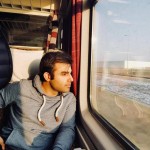 As a software developer, I have learned to express myself to the world through the keys on my keyboard. Triptro is a safe heaven for me to write down my thoughts and share with the world, the small things I am learning during my trip through life.

This site uses Akismet to reduce spam. Learn how your comment data is processed.